Like Alchemy, there is a Natural Forming Balance in Combat called The Combat Triangle. 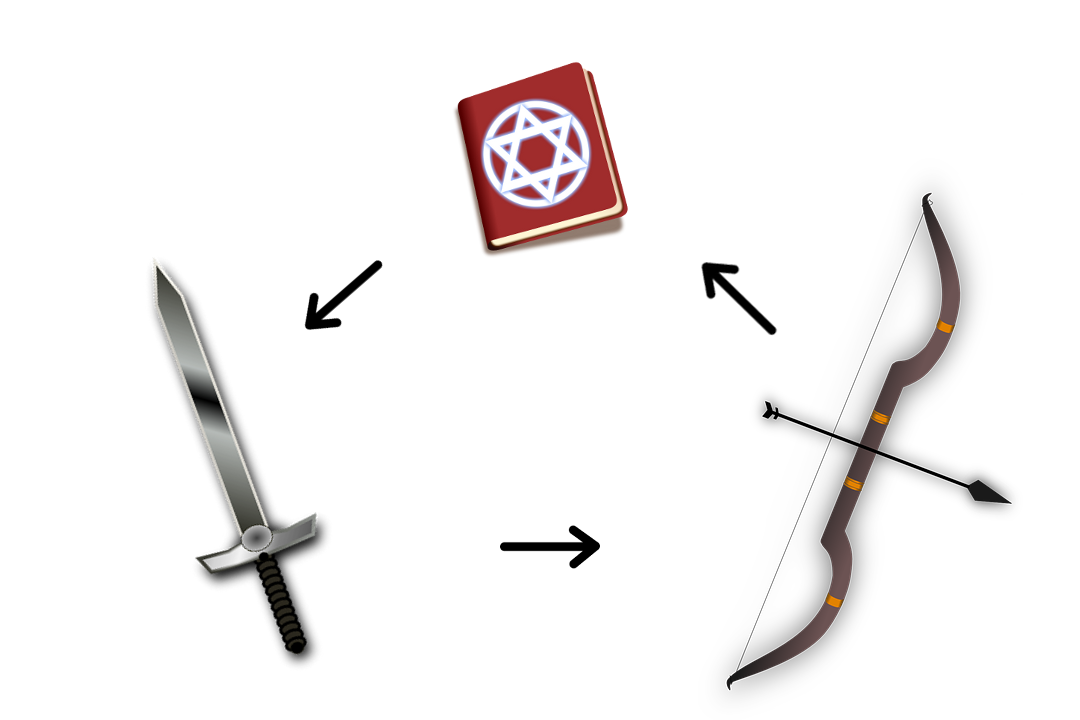 Ultimately, each of these have a distinct natural advantage over each other,
providing a Natural Ease to Create Combat Harmony.

Range Weapons and Armour are Fragile to Melee Weapons

Spell Weapons and Armour are Fragile to Range Weapons

Of course, too much of anything can destroy the other; Enough Spells can still overwhelm Range, Enough Melee can still overpower Spells, etc.  But it would be 1/3 the chance rather than 2/3.  Therefore, it is Naturally Encouraged to fight according to the Combat Triangle.

Another significant factor to 'Weigh' upon is Equipment Weight.

Equipment Weight Drains Your Stamina Wheel by +25% the Normal Rate per EW.

The Influence of Combat Skills